DUI Breathalyzer Test: To blow, or not to blow: 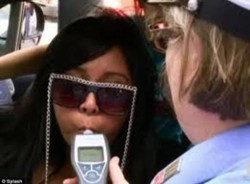 To blow, or not to blow, that is the question.

I was having lunch today with another Baltimore lawyer.  He primarily practices divorce and family law.  He made the interesting comment that it is very difficult to practice other types of law besides family and divorce because the law is changing and evolving so rapidly that it is difficult to keep up. He went on to say that he prefers to refer more complex cases outside of his focus to people who better serve his client’s needs.

This could not be truer than in the area of deciding whether to blow or not blow when being charged with a Maryland DUI. The administrative penalties for refusing to submit to a chemical test have rapidly become more and more punitive (even worse than a few weekends in jail for some clients) and the General Assembly has shifted these laws with more bills pending this session.

Once a driver has been arrested for a DUI or DWI in Maryland by state (not federal) police, the arresting officer is required to read a form called the DR-15 Form to the driver. This form explains the penalties for failing or refusing a breath or blood test. Of course, if the driver passes the test by producing a result below .08, there is no penalty. Unfortunately, very few people have even the foggiest clue of what they will blow.

The impending consequences in court must be considered when deciding whether to blow or not to blow. Generally, in Maryland state court, a first offender can obtain a probation before judgment (no conviction and no points), if found guilty of a DUI. An exception to that can be in serious accident cases and cases with extremely high test results. That being said, a first offender is usually better off submitting to a breath test since the penalties in court may be tolerable irrespective of the blow test result.

However, if the driver has had a prior DUI within the previous ten years, probation before judgment is not possible. A breath test then makes it more likely that the driver will be convicted of the higher level DUI offense. In these cases, refusal can often yield a less severe outcome and may enhance the chances of winning or reducing the case in court.

There are exceptions to this equation though, such as where the driver has a CDL (commercial driver’s license). Each case must be considered on its own facts, circumstances and hopefully an intelligent made, if less than sober, decision.  If you find yourself in such a situation, please be sure to call a competent Maryland DUI Lawyer.