Is a DUI or DWI grounds for Deportation?

Is a DUI or DWI grounds for Deportation? 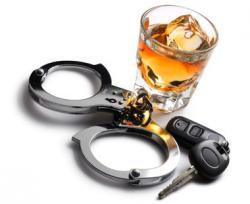 Why is a DUI/DWI guilty finding, or conviction now such a problem?

In November 2014, the Homeland Security Secretary issued new guidance for all of DHS, including Immigration and Customs Enforcement (ICE), concerning the agency’s “enforcement priorities.”

In fact, below is a link the acutal memo should you care to read additional information:

It is very important to note that among those considered as the second-highest priority for apprehension and removal are noncitizens convicted of DUI.

What does this mean?

What should you do?

The bottom line is that we always encourage potential clients to hire the team of Jeremy Eldridge and Adam N. Crandell. We have worked together for many years providing great results for clients. With Mr. Crandell’s extensive experience and knowledge of immigration law, and Mr. Eldridge’s experience as a former prosecutor, you will have two of the very best lawyers on your side.