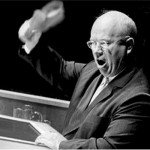 Historically, representatives play nice, but when the shoes come off, watch out!

Just like keeping up with new case law coming out of Maryland’s Appellate Courts, any Maryland Attorney worth their fee is also going to pay attention to the 4 month long legislative session.  Maryland, like many other states, has part-time legislators.  Because of their part-time status, they cram all their work into a hearing-filled, lobbyist crazed 4 months (Mid-January to Mid-April).

Because the session is so fast and many of the bills change the law shortly after the session ends, The Law Offices of Eldridge & Nachtman, LLC makes it a priority to keep up with the changes in the law as they are happening.

We’ve compiled a preliminary report of bills you should watch (so far – legislators have a few more weeks to submit new legislation). We’ve also included some bills from the last few years that we think will be re-filed.  Finally, we’ve included our odds that the bills will pass.  We’ll continue to blog as the session continues, so check back for updates.

What we expect to be filed in the next few days:

Bills already in the hopper: