We regularly get calls from people who wish to remove old minor blemishes from their records. Asking about Maryland expungement, shielding, and sealing laws.

It’s one of the simple pleasures of the job. After a case is dismissed, you fill out a few pieces of paper and pay a small fee and the case disappears. All traces of your case will disappear from the State of Maryland records.

Often people calling will have scrapes with the law. But are hoping to keep prospective employers being able to see something that happened in the past.

In some circumstances, a client may be applying for a security clearance or some other government-related job with a more extensive background check.

If either of these situations applies to you, there are a few things you need to know.

Do You Need a Maryland Expungement?

No, you don’t need to go the route of Harrison Ford in The Fugitive to clear your name. But you need to understand that just because you got a not guilty, a nolle pros, a dismissal, or a stet; the case doesn’t disappear.

An expungement is a process by which a person removes a criminal or traffic case from the courts and police computer systems. That way if a future employer searches your name in Maryland Case Search, the crime for which you worked so hard to clear from your past, doesn’t show up.

How to expunge your record in Maryland

Not everyone is entitled to an expungement. There are a series of rules and regulations regarding expungements of the different results of cases. The Maryland Judiciary has a nice, handy, user-friendly guide that can be found here.

I’ve summarized the rules below by the result in your case. In almost EVERY situation you MUST file what is called a petition for expungement, agree NOT to sue the police who arrested you, and then get a hearing before a judge.

When You Can Get an Maryland Expungement

The answer varies, but depending on what you were charged and/or convicted of, you may file a petition for expungement 3 years after the close of your case.

Md. Crim. Pro. 10-101 et. al. If you are released without charges, abated by arrest, or your case is entered Not Guilty, Nolle Prosequi, or dismissed, you may expunge your record immediately. Provided you waive your right to sue the complainant (police department or other charging agents).

You may also file expungements in Maryland from Probation Before Judgment “convictions” (not technically a conviction). As well as certain guilty verdicts from nuisance crimes.

A Maryland expungement removes the complete court and police files from records. It may require a hearing. It then becomes a crime for a MARYLAND (not federal) employer to ask you about an expunged crime. See Md. Crim. Pro. 10-109.

When You Cannot Get a Maryland Expungement

Can an Alford Plea be Expunged?

Charges resulting in a not guilty, dismissal or stet are eligible for expungement. Guilty pleas entered for certain offenses can be expunged. Alford pleas are a type of guilty plea, so they are classified similarly for expungement. If a defendant pleads guilty and receives probation before judgment (PBJ), the case can be expunged once the conditions of probation are satisfied. Md. Code Ann., Crim. Proc. § 10-105.

The exception to this is DUI related offenses. Other misdemeanors and felonies are eligible for expungement. The date of conviction or completion of the sentence (including probation) is important. For a full list of list, see Md. Code Ann., Crim. Proc. § 10-110.

If you are interested in expungement please contact our law office immediately. We are here to help!

The Federal Government Does Not Follow Maryland Expungement Laws

Or does it really vanish? If you were arrested and fingerprinted, your information would automatically be transmitted to the FBI’s NCIC database (National Crime Information Center).

Once it hits the NCIC, it is forwarded to many public background check companies, such as LexisNexis’ Accurint, TLO, or Thompson Reuters service. Those private companies compile background information from public records, credit reports, and other data repositories and perform background checks for private investigators and companies.

The FBI does not abide by local state expungement laws and there is no federal expungement statute. Furthermore, the FBI is not required to abide by state laws. So a state expungement does nothing to clear your record from the NCIC and the database companies that tap into them. 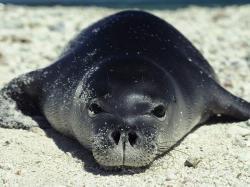 The Solution to This

Through a painstaking process, you can go to each of the private background check companies (Accurint, TLO, Clear, etc) and have the expunged case removed. It is a long and difficult process that requires multiple letters, packets of information, and phone conversations with the providers to clear the information.

It does not remove the case from an FBI background check. So if you are applying for a job with a security clearance, you need to disclose the encounter with the law. You may even face additional criminal penalties for lying to a federal agent or on a federal application.

What can I do to remove the protective order from my record?

We are frequently asked how a person can remove a civil peace or protective order or other civil cases from public view. It cannot be expunged in Maryland. Although legislation failed in the General Assembly that would allow expungement a few years back.

While you cannot expunge civil cases, including civil domestic protective or peace order cases, you do have options…

Option 1: File a Request to Shield in Maryland

Shielding is a request that only needs to be ruled on by a clerk (not a judge) and is a quick form that removes the record entry from public view on Maryland’s Judiciary Case Search.

If a background check is done and the investigator goes to the courthouse the file will still be available for public review. This is simple and can be done without the help of a lawyer. The law favors shielding requests being granted.

Option 2: File a Motion to Seal in Maryland

Sealing a court record is a more involved request and must be ruled upon by a judge.  It is governed by a relatively new set of rules found at Maryland Rules 16-1001 through 1009.  Sealing a court file may or may not involve a hearing. It is in fact dependent on the circumstances of the request.

We have submitted affidavits in the past to accompany the motion and must consult with the other party. When a record is sealed, the complete case file is literally stuck in an envelope with a special court seal on it. It then can only be opened with a court order. The law is against granting sealing requests. Wich is why it may be wise to consult with a lawyer for your request.

If you find yourself with some unwanted baggage, consult your favorite ENlawyer to clear your past and charge into your future without worry of past mistakes.