If you’re looking for an in-depth look at legislation that has passed and/or failed with legal analysis and coherent though, look elsewhere because at ENlawyers we are concerned with the practical and the mildly funny (at least today).  We plan on reviewing the Medical Marijuana bill and the Gun Bill on a more in-depth and serious basis in a month or two.   So with much ado, here is a look at your Baltimore Criminal Lawyer look at this session’s Maryland General Assembly Session’s Winners and Losers

Winner – everyone on death row waiting for execution

Winner – Xerox (one of the companies who own the speed cameras)

Loser – anyone who drives 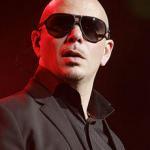 I mean really, is this guy really inherently dangerous?  –>>

Winner – Cancer patients, and other people with demonstrable, medical need for medical marijuana

Loser – Anyone caught using a cell while driving

Other winners and losers

There were few fireworks this General Assembly session, with most of the Governor’s agenda being pushed through.  The Gun Bill generated a large bluster of media hype, but as you’ll see in our later analysis, much of it is hyped and much may be ado about nothing as the NRA has already promised to file a federal lawsuit blocking some of its provisions from enforcement.  As we move forward, we’ll continue to watch the Maryland Marijuana laws develop, as well as the gun requirements.  Once we get an opportunity to digest both pieces of legislation, expect a full breakdown.  Until then, don’t forget to call your favorite Baltimore Criminal lawyer for any need for lawyerly advice (or the occasional tongue in cheek joke)!