I don't always drink beer, but when I do... I keep ENLawyers's number on hand

For most people, Cinco de Mayo means watered-down margaritas, cold “cervezas”, and maybe a few shots of bad Tequila (con gusno if you’re lucky).  Although, you might be unaware that the majority of celebrants of Cinco de Mayo aren’t Mexican.  You probably didn’t also know that Cinco de Mayo is not celebrated widely in Mexico.  Finally, Cinco de Mayo is not a celebration of Mexican independence. It is, of course, a wonderful excuse to have a little extra fun this weekend. Be sure to review the local specials at some of our favorite watering holes at the end of the article… and remember to be responsible.

What Cinco de Mayo actually is

Cinco de Mayo originates from the Battle of Puebla, which was a battle between a rag-tag group of Mexican forces and the French Army regulars.  The battle occurred on May 5, 1862 and resulted in a resounding victory for the Mexicans. This victory represented a momentous morale boost for the Mexican army, largely because the French were considered by many to be the best army in the world at the time.  Unfortunately for the Mexicans, the victory was short-lived.  The French eventually crushed the Mexican army and independence was not regained until the United States stepped in to provide aid to the Mexicans to expel the French interlopers (sounds like a repetitive historical theme) several years later.

Cinco de Mayo is a regional holiday in Mexico, mostly celebrated in Puebla.  In the US, however, it has become a widely celebrated holiday of Mexican American culture and festivities with many thanks due to Corona and Jose Cuervo. 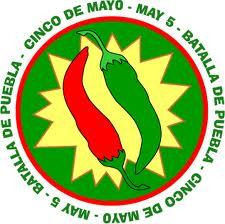 If you find yourself out pulled over after excessive celebration for a holiday designed for exactly that… here is a list of things you should not do:

Regardless if you originate in the Mexican State of Puebla or if you are a red-blooded American, ENLawyers wants you to call us if your Cinco de Mayo plans go haywire, and you end up in a jail cell for having a little too much fun or tequila!

CVP’s is a local favorite, especially among the college crowd. After it’s infamous winter fire that reduced the local staple to ash, the bar has come back bigger than ever. They are actually celebrating Cinco de Mayo on Saturday with a great Bloody Maria special up on the patio. There will be ample specials for the night off as well to be sure.

Despite being named for the capital of Cuba, Little Havana attracts a big crowd for its “5 Days of Cinco” celebration. Located on the water on the south shore of the Baltimore Harbor, Little Havana’s decks will be packed for its 15th annual party. As in years past, Little Havana will feature food and drink specials, prizes and giveaways including maracas and sombreros on Cinco de Mayo.

If you thought MEX was a fun place to hang out on a regular weekend, you should see how they celebrate Cinco de Mayo. This Power Plant Live bar and restaurant will open early on May 5 and start the fun with “Beat the Clock” drink specials. Prices for Mexican beer (Sol and Dos XX) and margaritas begin at 50 cents from 10 a.m. to 11 a.m. and increase by 50 cents each hour until 5 p.m. when they are full price. From 10 a.m. to 4 p.m. customers can enjoy beef tacos for $1 each and of course MEX’s regular menu that brings a unique style and approach to Tex-Mex dining. There will be no shortage of entertainment at MEX throughout Cinco de Mayo, including a live donkey fun photo-op from 3 p.m. to 6 p.m., a mega-burrito eating contest and acoustic music on the deck from 1 p.m. to 7 p.m. When the sun goes down and the tables are cleared, things will really heat up with a DJ on site to spin your favorite tunes.

For Cinco de Mayo, Zen West throws open the windows and welcome in the crowds for a day-long party featuring food and drink specials in a festive open-air atmosphere. The family-owned Tex-Mex restaurant in Belvedere Square will feature four bars serving Mexican beer and, of course, its very popular margaritas. If you are looking for a Zen-like atmosphere, you won’t find it here on Cinco de Mayo.